THIS SHOW HAS BEEN RESCHEDULED FOR NOV 4

Since her last visit to the Dakota, Daymé Arocena has returned with a new album. A vivid return to her Havana roots, backed once again by a killer band of fellow Cuban musicians, Sonocardiogram is Daymé’s rawest and arresting outing yet.

With exceptional warmth and a strong presence, superstar singer/composer Daymé Arocena is one of the “most inviting ambassadors” for Cuba’s contemporary music. Santerian chant, rhythmic complexity, fluid jazz styling, and a nuanced Afro-Cuban soulfulness — she channels the elements in service to her audience and culture. 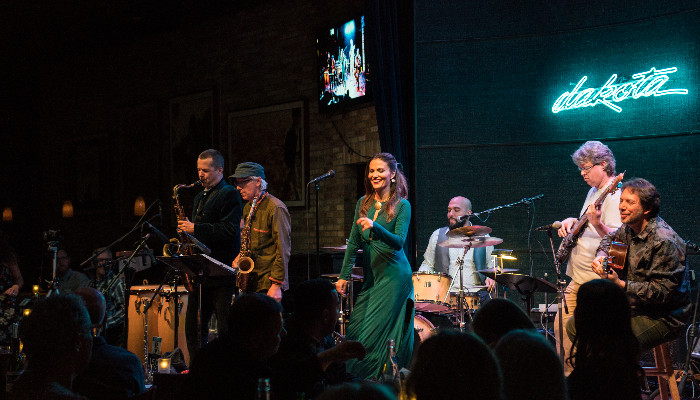 An Evening of Bossa Nova and Brazilian Jazz