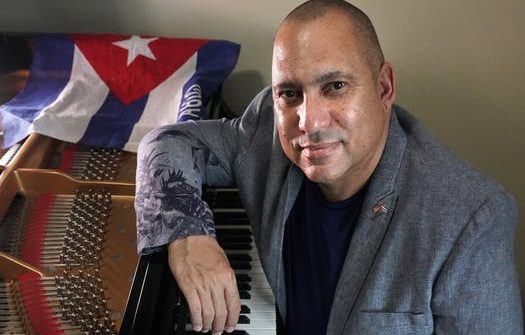 It’s fitting that Minnesota’s mighty piano giant Nachito Herrera pays tribute to the great Chick Corea, who died in February of cancer at age 79. Like Corea, Herrera is fluent in jazz, classical and Latin music. Like Corea, Herrera is adventurous, always willing to collaborate with a variety of musicians. The two pianists met at the North Sea Jazz Festival in 1998, and a decade later they jammed together at the Dakota in Minneapolis. In addition to being a terrific pianist, Corea, winner of 25 Grammys, was a highly regarded composer, contributing such pieces as “Spain,” “Windows” and “500 Miles” to the jazz canon. -JON BREAM

The great Cuban pianist, Steinway artist and COVID survivor honors the revered keyboardist, composer, innovator, 23-time Grammy winner and jazz master who died in February. This show will be pre-recorded from Nachito’s home, where he continues to rebuild his health. –PAMELA ESPELAND