"Annie Mack may sing the blues but she has a heart as big as her voice."
– WCCO

Annie Mack has become a standout local artist, with national and international recognition, that has built a reputation for writing meaningful and inspirational songs that people from all walks of life can identify with. A dynamic vocalist and charismatic performer, she takes the audience on a journey from velvet lined melodic depths to gritty, full bodied church hollers. Incorporating elements of soul, blues, rock, and country, she embodies and celebrates the diversity that is American roots music.

“I mentioned earlier that the line up was eclectic.  Look no further than the 180 of former North Sider and now Rochester based Annie Mack coming on next.  After a bunch of years laboring away in the local blues scene, Annie began to branch out and broaden her sound.  She was at the convergence of talent, experience and an R&B/neo-soul resurgence.  She’s a talented woman who is finally getting her due.
Mack is the classic diva.  She shifts effortlessly from a Mavis Staples gospel to MoTown soul to a Koko Taylor growl.  Her four piece band is rock solid and is the frame for the lady in the middle.  It’s old school.  And old school is still a school because, done right, it’s powerful stuff.  She’s powerful stuff.
By the end of the set, the band was rolling like a train.  The penultimate song was The Band’s The Weight in which the verses were passed from band member to band member.  The crowd went wild, as even the sound engineer jumped in for a turn from the sound board in the back of the room.  It was a truly stirring rendition. Closing with Tell It Like It Is, helped everybody make the connection between the woman and her break out radio tune.” 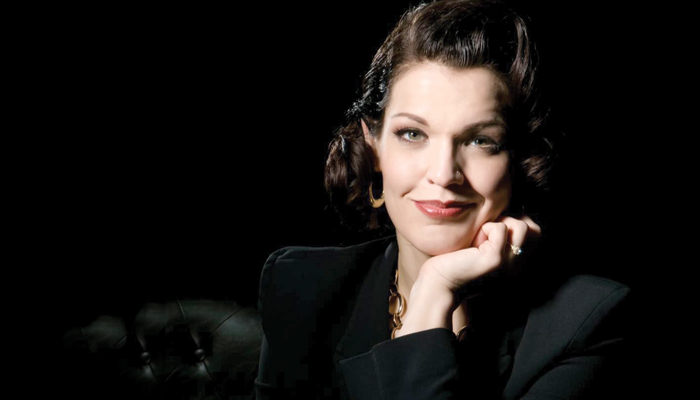