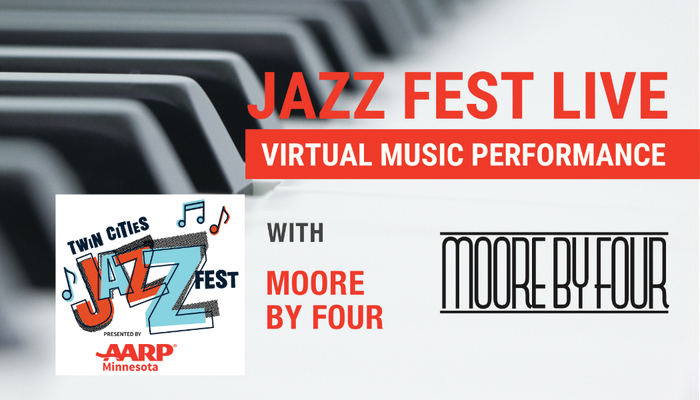 MOORE BY FOUR quickly established themselves as a fixture on the Twin Cities music scene when the group was created in 1986 at Ruby’s Cabaret in Minneapolis. The group performed sold out concerts at the Guthrie and Fitzgerald Theaters and went on to tour Europe and Japan, sharing concert billing with Harry Connick, Jr., Joe Williams, Carmen MacRae, Sarah Vaughan and Dizzy Gillespie at concert halls and jazz festivals around the world. They’ve sung for the U.S. Olympic Committee, the Super Bowl, the Minnesota Twins, Vikings and Timberwolves, former President and Mrs. Clinton, Mikhail and Raisa Gorbachev, Vaclav Havel, the King and Queen of Sweden and at countless special events, benefits, corporate functions, colleges and universities, concert halls and festivals in the U.S., Europe and Japan.