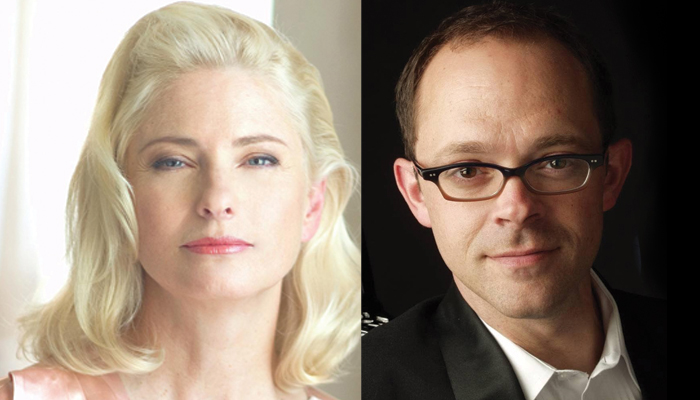 Classic songs of Romp and Romance

"Her [Johnson's] lush, precise, expressive voice, with its pearls of vibrato, is best unadorned. A smart, sensitive pianist – like Chouinard, an in-demand accompanist – is all she needs."
– Minnpost

Twin Cities favorites Prudence Johnson (vocals) and Dan Chouinard (piano) present an evening of inventive and beloved Gershwin songs including “The Man I Love,” “Vodka,” and “It Ain’t Necessarily So.”

“Most Americans probably can hum a bar or two of at least one George Gershwin tune. Gershwin wrote popular songs in jazz, opera and for movies in a very short career in the early part of the 20th century. He died at the young age of 38, but he left behind a catalog of songs that most of us know — or as Prudence Johnson and Dan Chouinard say, ‘Should know.’” – The Current

50% of the ticket price goes directly to the artist. If you wish to show additional support, simply select a button with the amount you wish to give below. Please note, these donations DO NOT INCLUDE ACCESS TO THE SHOW. Purchase the show here >>

The Dakota is donating 100% of its share of artist gratuity (see box below) to the Debbie Duncan Legacy Fund. Learn more >>

Prudence Johnson’s long and happy career as a singer, writer, and teacher has landed her on the musical theatre stage, in two feature films (A River Runs Through It, A Prairie Home Companion), national radio (several long stints on A Prairie Home Companion), and on concert stages across North America and occasionally Europe. She has released more than a dozen recordings, including albums dedicated to the music of Hoagy Carmichael, Greg Brown, and a collection of international lullabies.

Pianist, accordionist and storyteller Dan Chouinard plays, tours and records with an ever-expanding roster of musicians and writers. He regularly creates special programs which blend storytelling, interview and music, many of these for Minnesota Public Radio and the MN Historical Society. Recent shows “Civil War Homecoming” (2015) “Cafe Europa” (2014, 2008, 2005) and “Mambo Italiano” (2006) have been aired on Twin Cities public television and broadcast statewide on MPR as have his frequent radio collaborations with Ann Reed, Peter Ostroushko and Patricia Hampl. He also worked occasionally on A Prairie Home Companion.